Dermatology is the study of skin, and it is otherwise called an Integumentary system. The basic function of the skin is production, absorption, secretion, excretion, and regulation. As this function protects the internal organ from damage, absorbs Vitamin –D excretes sweat and regulates body temperature. The skin consists of three major layers, such as epidermis, dermis, and hypodermis.

The epidermis is the outer covering of the skin, and it has 5 layers called stratum corneum, stratum lucidium, stratum granulosum, stratum spinosum and stratum Basel. Stratum corneum is the dead cell layer helps prevents the penetration of microbes and dehydration of tissues. stratum lucidium is a smooth, translucent layer and it is found only in the thick skin of palms and soles. stratum granulosum has a granules kind of structure, and the cells are flatter with thick membrane and they produce proteins like keratin which is fibrous. Stratum spinosum is a spiny layer and it has a special cell called Langerhans which functions as a macrophage. The stratum basal is a cuboid-shaped stem cell that is a precursor of keratinocytes. The specialized cell of basal is Merkel cell which acts as a receptor and it is responsible for stimulating sensory nerves and the other specialized cell is melanin, which gives color to the skin and protects the cell of the epidermis from ultraviolet radiation damage.

The dermis is the middle layer of skin and it has papillary layer and the reticular layer. The dermis contains blood vessels, lymph vessel, nerves and other accessory structures such as hair follicles, sweat gland and erector muscles. Elastin and collagen are the two proteins produced by fibroblasts, which helps to connect tissues. The papillary layer is made of areolar connective tissue and it has a small number of fat cells called adipocytes and a huge number of small blood vessels. In addition, it contains phagocytes which are a defensive layer that helps fight bacteria. The reticular layer is the thickest layer composed of dense and irregular connective tissue and has a rich sensory and sympathetic nerve supply.

The hypodermis is the inner layer of the skin and it is also called a subcutaneous layer. This layer connects the skin to the underlying fibrous tissue of the bones and muscles. The hypodermis is made up of adipose tissue which functions as fat storage and provides insulation and support for the integument. 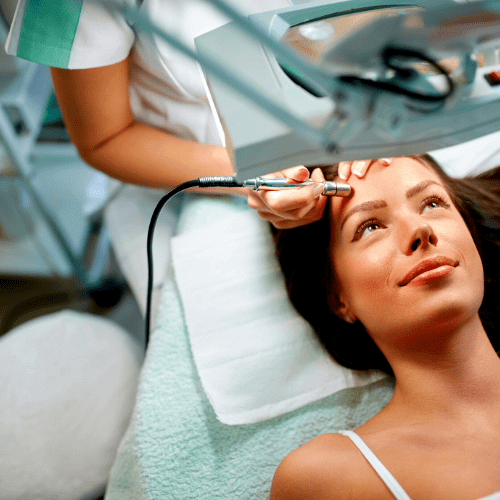 HOW CAN WE HELP YOU?

FILL OUT THE BRIEF FORM BELOW TO GET IN TOUCH.