Style sheets, a “must” in scientific writing

Readers are impounded with plethora of material. From the newspaper to corporate reports and more. Ensure consistency in style.

What’s in a heading

Business is the norm in in today’s high paced world and this means people are in a hurry-scurry to get where they want to and also read what they need to. Without knowing it, readers frenetically skim content while they focus on the headings. For example, take the metro riders reading the morning daily.  Headings and subtitles are the guideposts that readers lean on when rummaging through a piece of material. Headings give info at a glance and help readers prioritize what they want to read or what they need to read.

Scientific writers often contend with the norms of title case, and Pubrica experts show you how to use appropriate and consistent style.

The Chicago Manual of Style (CMOS) states that the headline case is a practice of capitalizing words in a headline based on the part of speech. The word “headline style” and “title case” imply the same and some British publishers practice the terminology “maximum caps.”

For example, headline case is applied in the following headline.

The other option is “sentence style” and in some British publications, “essential caps” or “minimum caps”. Only the initial letter of the first word is capitalized. So, the sentence case, the headline reads the following:
Affordable healthcare thwarted by medicos

Capitalizing select words visually differentiates the headline from the remaining content and thereby guides readers to know the beginning of an article.

The uppercased wording signals the reader to the context of the piece, which can be particularly vital during skim reading. skim.

Chicago style provides many conventions on the headline case and states that the usage of this style is dictated chiefly by grammar and emphasis. Here are some points worth noting.

Swing Up and Go Away

Style the remaining words using lowercase letters. This includes the following prepositions: and, but, for, or, nor, with. Apply these similar rules for a quotation in a heading. For example, “They know the similarities”: Observations at Gold Coast.  Don’t miss these: is, are, that, and than.

Pay close special attention to the following cases in your writing.

If the subtitle follows the key text of a headline then the first subtitle’s 1st word is capitalized. See the following:

Grace and Glory: On a Winning Note

If an em dash precedes the subtitle then the phrase is normally not reckoned as a subtitle and, therefore, do not capitalize the 1st word. Here is an example.

A double title is a headline that connects two related ideas with the conjunction “or” instead of a “colon”. See the following:

French Customs, or The Similarity of Music and Paintings

In above example, “The” is capitalized. The sentence be punctuated as “Customs; or,” or “Culture, or”—either format is used as long as it is used consistently.

In conclusion, have a look at some headlines in the daily news and check if you can tweak it a bit. Remember to be consistent in your style. Always!

PUB - What are the major reasons for scientific manuscript

What are the major reasons for scientific manuscript rejection? 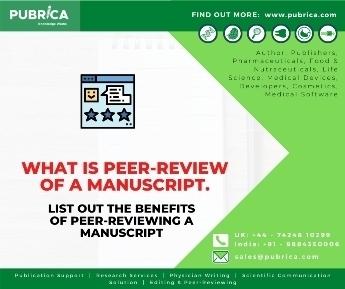 PUB - What is peer-review of a manuscript 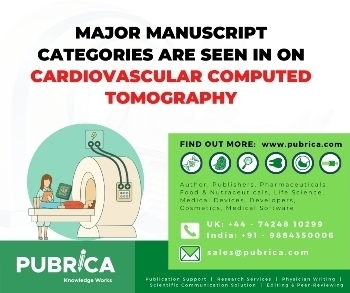 Major manuscript categories are seen in on Cardiovascular Computed Tomography